Late last year we launched a competition seeking an iconic image to represent the One School One Planet project. We wanted something fresh and different and from a perspective of a different generation.

The image chosen had to be the right one also as we intended to use it in project publications, as a logo, motif or in whatever way we can.  It had to be versatile, easy to use in lots of different ways.

Submissions were varied and not always what we had intended, all were interesting and thought-provoking but one stood out clearly, ….step up M.. E.. Owen.

In the process of choosing the image that best represents the project,  we ourselves have been made to reflect on what the central theme really is. How to communicate a big idea in as few words as possible.

E…. , currently a year 10 Welsh Baccalaureate student won hands down with this fantastic image. Ellie’s original idea and art  has been transposed into various digital version by project team, but otherwise it is all her own work.

Beauty, fragility, naivety and urgency wrapped up in beautiful message with an iconic graphic.

Here it is in a poster form 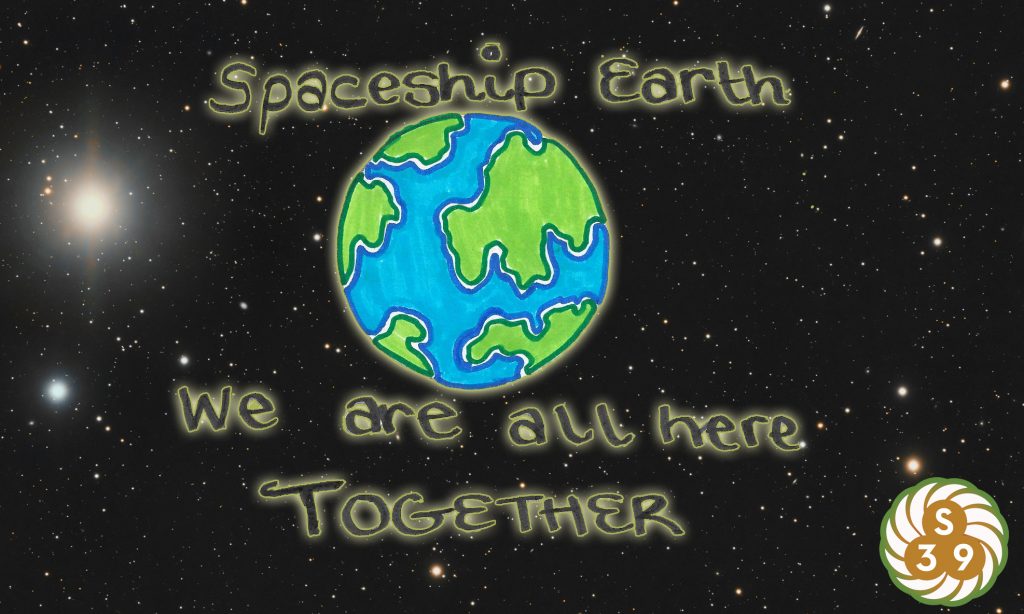 E….’s piece is inspired by the ‘Overview Effect’, the remarkable short film made by the Planetary Collective documenting astronauts’ life-changing stories of seeing the Earth from the outside — a perspective-altering experience often described as the Overview Effect. They really bring to life the idea of space ship earth and the reality that there are only imagined boundaries on spaceship earth, we really are all in it together.